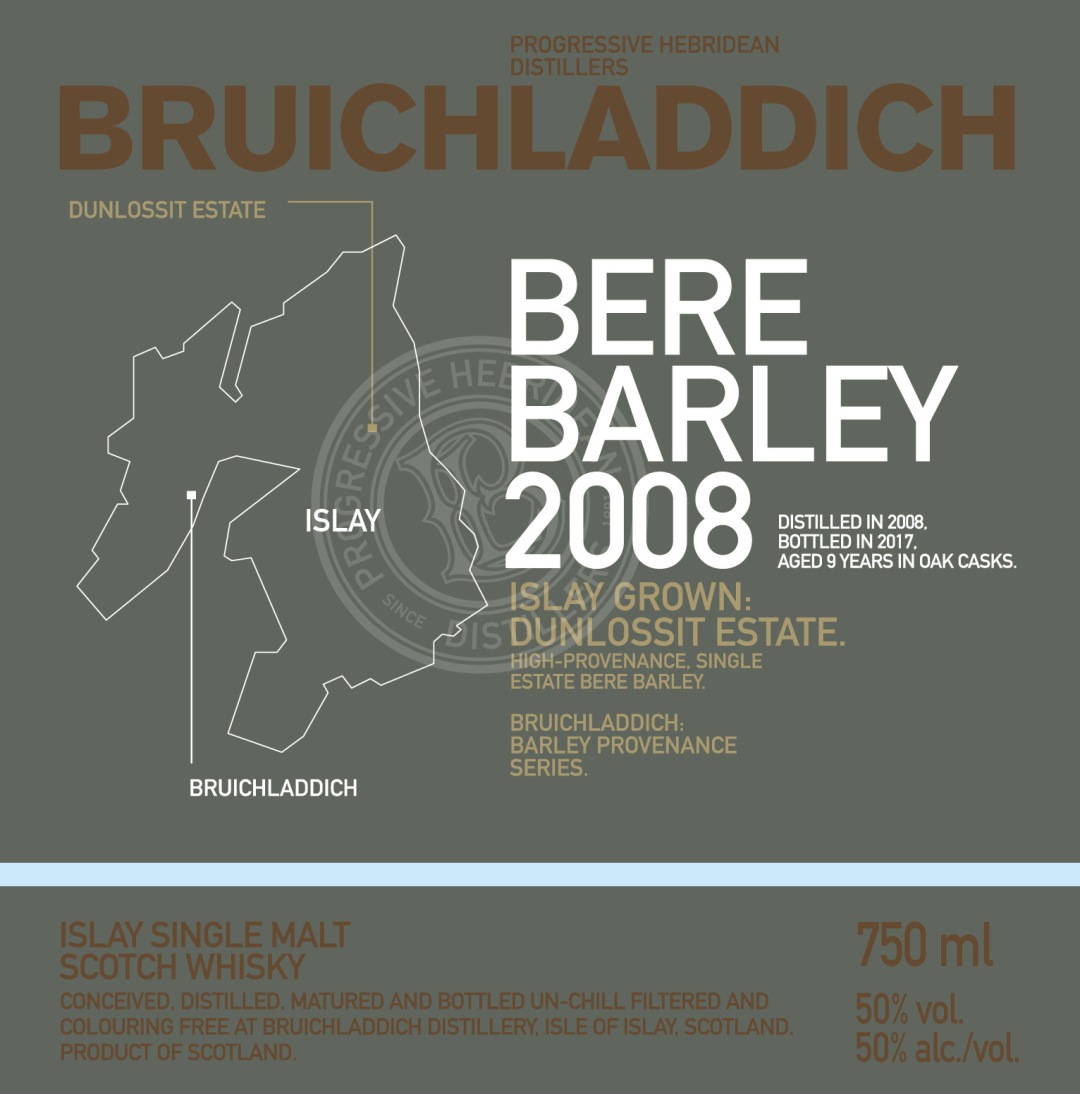 In the summer/fall of 2018, Bruichladdich issued new editions of it’s “provenance” driven whiskys, the 2010 edition of it’s Islay Barley variant, the 2009 Organic barley and the 2008 Bere Barley. Right around the holidays they smartly assembled a new “Wee Laddies” kit of 3 x 20cl bottles, one of each expression. I was able to pick up a set at a very fair price during that time, I figured it was a good way to taste multiple expressions. I would also be able to use those handy 20cl bottles when empty to decant bottles in the danger zone, win-win.

Bere Barley is a varietal that was prized for it’s performance in low ph soils and it’s short growing season, making it ideal for a place like Scotland and specifically Orkney, where the crop for this whisky came from. It also has a high protein and nitrogen content making it difficult to deal with and reducing it’s yield, yet it was prized for it’s flavor and continues to be used by many in the brewing industry for that very reason. Only a few distilleries have experimented with a purely Bere barley whisky, of the ones I know there was Arran, Bruichladdich and Glan Ar Mor.

Distilled in 2008 from the 2007 harvest, unpeated Bere barley, 9 yrs old and vatted from first-fill an re-fill ex-bourbon casks.

Nose: Sharp, citrus peel, pumpernickel, caraway. it’s very fresh on the nose. Then some latex, powdered sugar & marzipan. It reminds me of pot-still Irish whisky in some ways, there is a slight banana note as well.

Palate: Tropical fruits, lots of grain, lemon, astringency and a firm sharpness. It develops into a tangy creamy feeling a bit like those campino candies with a bit of spice on the tail end.

Finish: There is a bit of rye bread and water crackers at first and then a lemony, salty feeling, paraffin and a touch of arugula.

Blab: There’s something irresistible about this whisky. The palate is weird, very different than a lot of what I’ve had. It’s hard to describe. It’s coastal, oily and has almost a lowland vibe to it but then there’s that fresh side also that lifts it up. An interesting whisky it eventually became my favourite of the set.