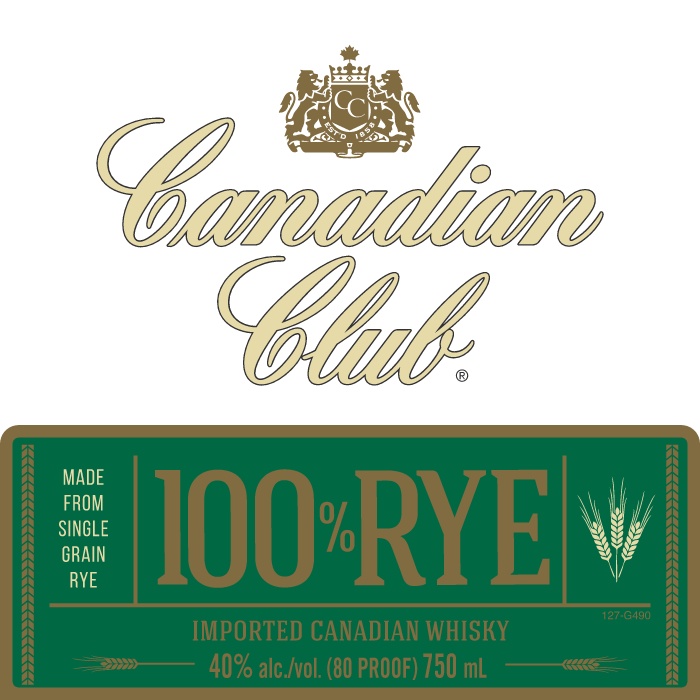 This whisky was released a few years back and was surprising for a couple of reasons. One it’s the first time the Canadian Club brand has released a 100% rye grain whisky. The other reason is that this whisky wasn’t distilled a the Hiram Walker Distillery in Windsor which is the home of CC.

The whisky actually comes from Alberta Distillers Limited. This might seem strange at first until you look closely and see that Canadian Club is owned by Beam Suntory, while Hiram Walker Distillery is owned by Pernod Ricard/Corby.

I then makes sense that with the success of its own 100% rye brand (Lot 40) that Corby is very close fisted with its rye stocks. Suntory though has it’s own delicious 100% rye juice through ADL, with which it has been supplying the US market with rye for many years.

Banking on a known formula the whisky is aged in virgin oak casks, the first batches were purported to be about 7yrs old. Since then it’s hard to say exactly what the formula is but it’s been met with no small measure of success, the price point is good and it performs well in cocktails.

My girlfriend had an old bottle kicking around for mixing and I had never bothered to try it straight. 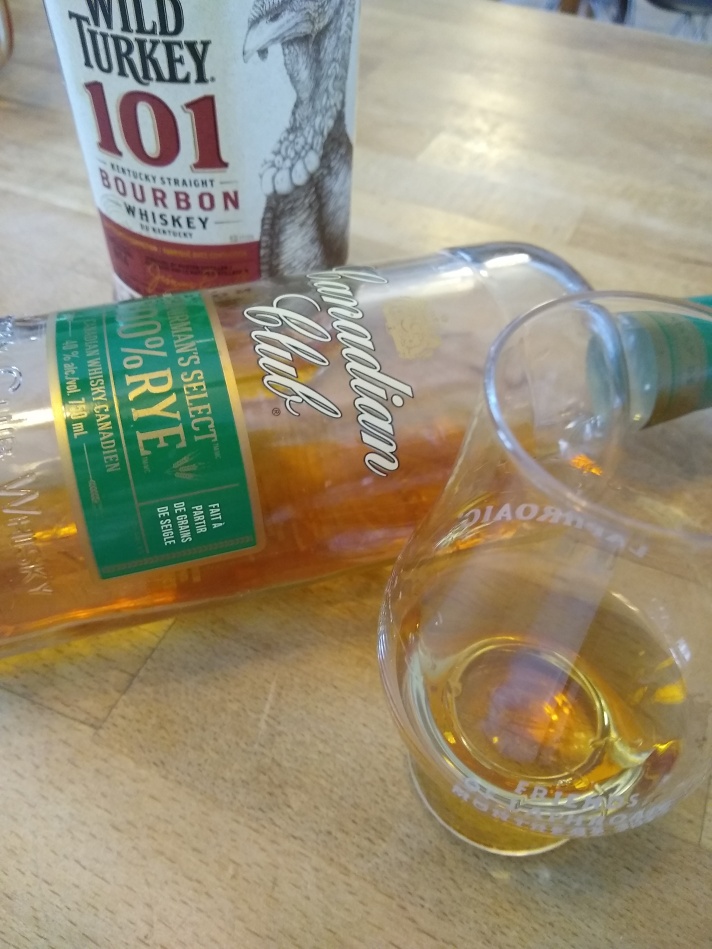 Palate: Mild arrival, rye bread, lots of sweet oak and orange peel. The development adds brown sugar with a few drops of molasses, black pepper and coriander seeds (steak spice?). The abv shows here as its quite thin bodied, you’ve got to work it around.

The Blab: All told this isn’t bad actually, if you start a flight with this whisky and let it air put a good 15+ minutes, it performs quite well. That said it’s watered down quite a bit, the virgin oak helps bring some richness otherwise it would be kind of lacking.

If you’ve had whistlepig 10yr old single barrels then you know how good this distillate can be if presented right.